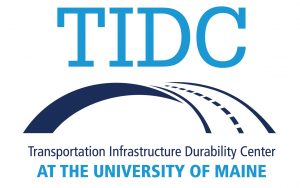 “This Center is further demonstration of the leadership of the [ASCC] at Maine’s public research university,” says Ferrini-Mundy. “The cutting-edge research done here and in partnership with the other members of the coalition will make a difference in this state, throughout New England and nationwide.”

“Senator Collins has worked tirelessly to help make Maine and UMaine a research and development leader,” said Executive Director Dr. Dagher. “Her efforts over many years have enabled UMaine to develop world-leading labs and technologies, that have led to creating new Maine businesses. Engineering and science research programs have also employed and trained thousands of UMaine students who are now leaders in industry. After two decades of innovation, ASCC is a world-leader in developing innovative solutions to address our nation’s civil infrastructure challenges. The new University Transportation Center is a game-changer for UMaine and its students. It will allow us to work with DOTs and University Colleagues across New England to extend the life of bridges and roads, and develop new materials and technologies to build more durable bridges. The 72-Hour Bridge that we just successfully tested today is an example of new technologies that we plan to develop and deploy.”

Immediately following the press conference, an innovative, rapidly deployable bridge system designed at the ASCC was tested to failure. The composite bridge was able to withstand forces up to 376,000 lbs and 7.5 times the HL 93 design load specified by AASHTO. The lightweight bridge system, named the 72-Hour Bridge, can be built in less than three days and is designed to last 100 years with little to no maintenance. The bridge system is targeted to be used for highway bridges, pedestrian bridges, and military applications.

The ASCC is a world-leading, interdisciplinary center for research, education, and economic development encompassing material sciences, manufacturing, and the engineering of composites and structures. It includes a testing laboratory with more than 150 full- and part-time personnel.